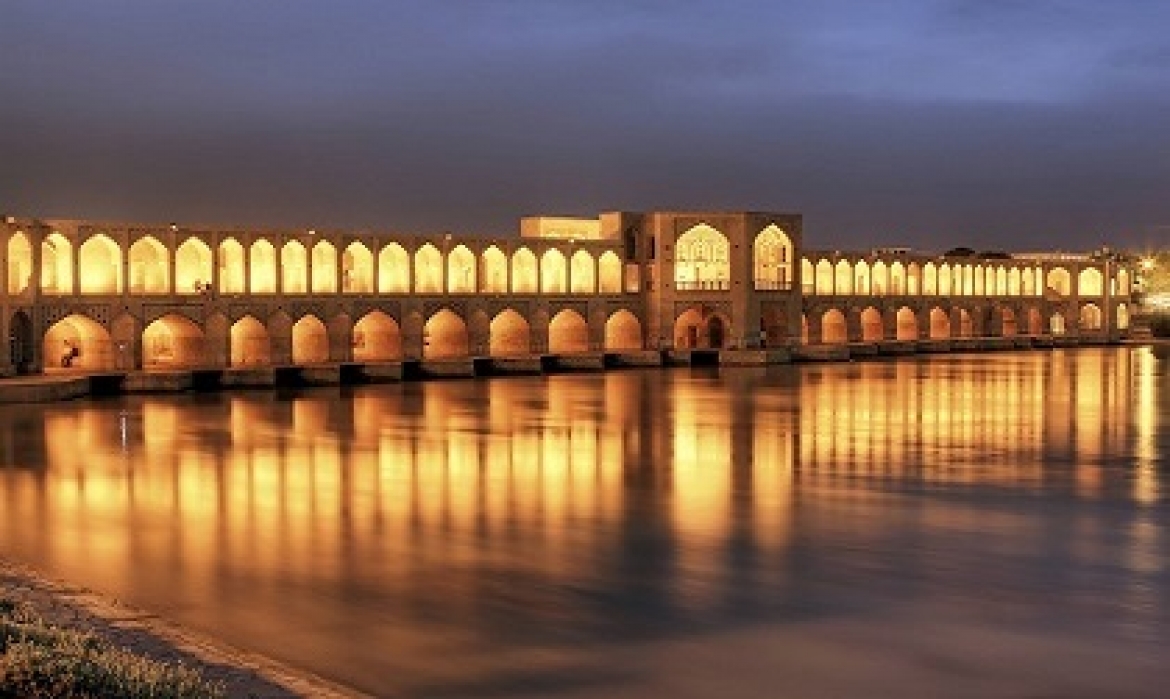 Isfahan is a large city located almost in the center of today's Iran where the main north-south and east-west roads cross (see location in Google Map). It is estimated that the Isfahan metropolitan area has a population of about 4,000,000, making it the second most populous metropolitan area in Iran after the capital Tehran.
It is not well known when exactly Isfahan was first established as a city. But, it is known that its origins go back more than 1,500 years.  While Isfahan grew considerably from the early 11th through the 18th century, it flourished particularly during the Safavid dynasty in the 16th century when it became the capital of the old Persia for the second time.  ​Isfahan was once one of the largest cities in the world.
Isfahan may be well known for its beautiful historic Islamic architecture.  But its talented people continue to produce many more works of art from its world famous Persian rugs to handcrafts and other unique products.  Click here to visit sample works of art from Isfahan.
A river called  Zayandeh Rood (life-giving river) runs through Isfahan giving the city and its residents more life! Isfahan has a seasonal climates. Summers could be very hot, but not humid, and winters not terribly cold. The total annual precipitation rarely exceeds five inches.
Isfahan's Imam Square, formerly known as the Naghsh-e Jahan (meaning portrait of the world) Square, is one of the largest city squares in the world.  Around the square sit a number of world-famous marvels of Islamic architecture.  The Imam Square is designated by UNESCO as a World Heritage Site.
Many visitors believe Isfahan is the most beautiful city in Iran and one of the most beautiful in the world. It features numerous tree-lined boulevards and flower gardens, miles of beautiful parks along the Zayandeh Rood river; 1300 year-old covered bazaars, bridges, palaces, mosques, and minarets. No wonder Isfahan is called nesf-e jahān meaning half of the world.  The city attract hundreds of thousands of visitors from all over Iran and around the world each year.
Isfahan has so much to offer. Let us visit some of the more favorite places in Isfahan. You decide where to visit first!