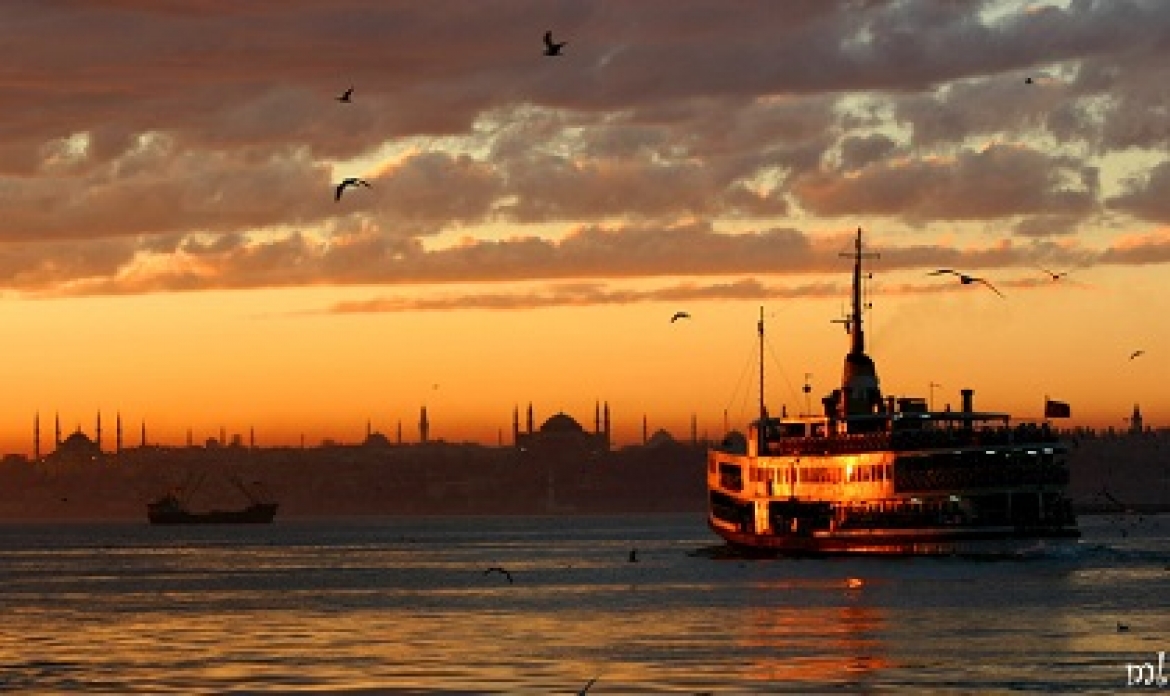 Istanbul (Turkish: İstanbul) is a city on the European side of Turkey. It is the largest city in Europe by population. Istanbul is also the 3rd largest European city in size. It was the capital city of the old Ottoman Empire until 1923. The city has been known since ancient times by the older names Byzantium and Constantinople (Latin: Constantinopolis; Greek: Κωνσταντινούπολις, Konstantinoúpolis). Being a seaport, Istanbul is the main trade center of Turkey.

Part of Istanbul is a UNESCO World Heritage Site.

Istanbul faces the Golden Horn and the Bosporus strait. The Bosphorus connects the Black Sea and the Sea of Marmara, and separates Europe and Asia. The city is actually in both Europe and Asia.[3] One third of the people live on the Asian side. Its population is between 11 and 15 million people, making it one of the largest cities in Europe. Many people migrate to Istanbul every year.

Its original name was Byzantion in the Greek language, known as Byzantium in the Latin language. Byzantium was originally settled as a colony by Greeks from Megara in 667 BC and named after their king, Byzas. In 196 AD, Byzantium was damaged by the Romans, then rebuilt by the Roman Emperor Septimius Severus. Constantine the Great thought this city was in a nice location, and in 330, moved the capital of the Empire from Rome to there, as New Rome (Latin: Nova Roma; Greek: Νέα Ρώμη, Nea Rómi), renaming the city Constantinople, after his name.

When the Roman Empire was later divided into two, the East Roman Empire was known as the Byzantine Empire, and its capital was in Constantinople where Hagia Sophia had been built. Although it was captured by Crusaders for a time, it continued as one of political, cultural, religious and economical centers of Europe until it finally fell to the Ottoman Turks in 1453.

After the Ottoman Empire ended, the Republic of Turkey was started with its capital at Ankara.